A 1931 Memorial Service on the Slopes of Mount Edith Cavell in Canada.

These photographs were received in May 2002 from Donald Norrie of Alberta, who writes, “While carrying out some research on Canadian soldiers during WW1, I came across your site on Nurse Cavell. My father, Malcolm M. Norrie served in WW1 with the Royal Field and Royal Horse Artillery and after the war immigrated to Canada. By 1930 he was working in Jasper, Alberta where a 11,033 foot (3,363 metre) Rocky Mountain Peak is named in honour of Edith Cavell. I found these old photos in his album and thought they might be of interest to your collection of data on this lady. The top photo is captioned ” taken coming down the path from Angel Glacier”, and the bottom photo states; “Edith Cavell Memorial Service – 30 Aug 1931″.” 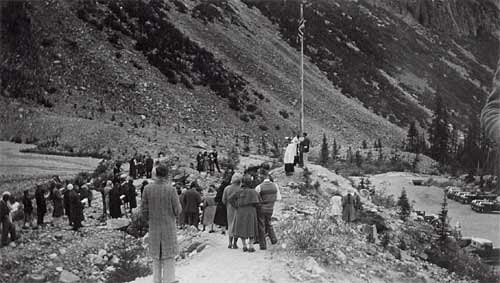 “I do not know when this mountain was named in Edith’s memory, but am now researching for this information. Annual outdoor memorial services were held in her honour for many years – ending I believe when WW2 came along. Due to the mountain weather being extremely unpredictable in Oct (anniversary of her demise) I think the clergy felt it prudent to hold the service in late summer.” 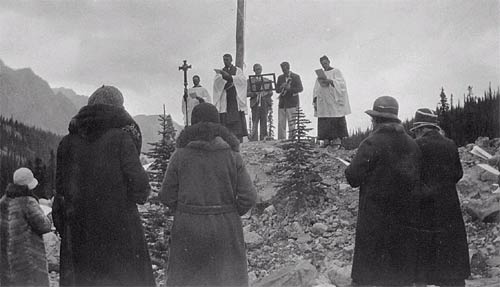 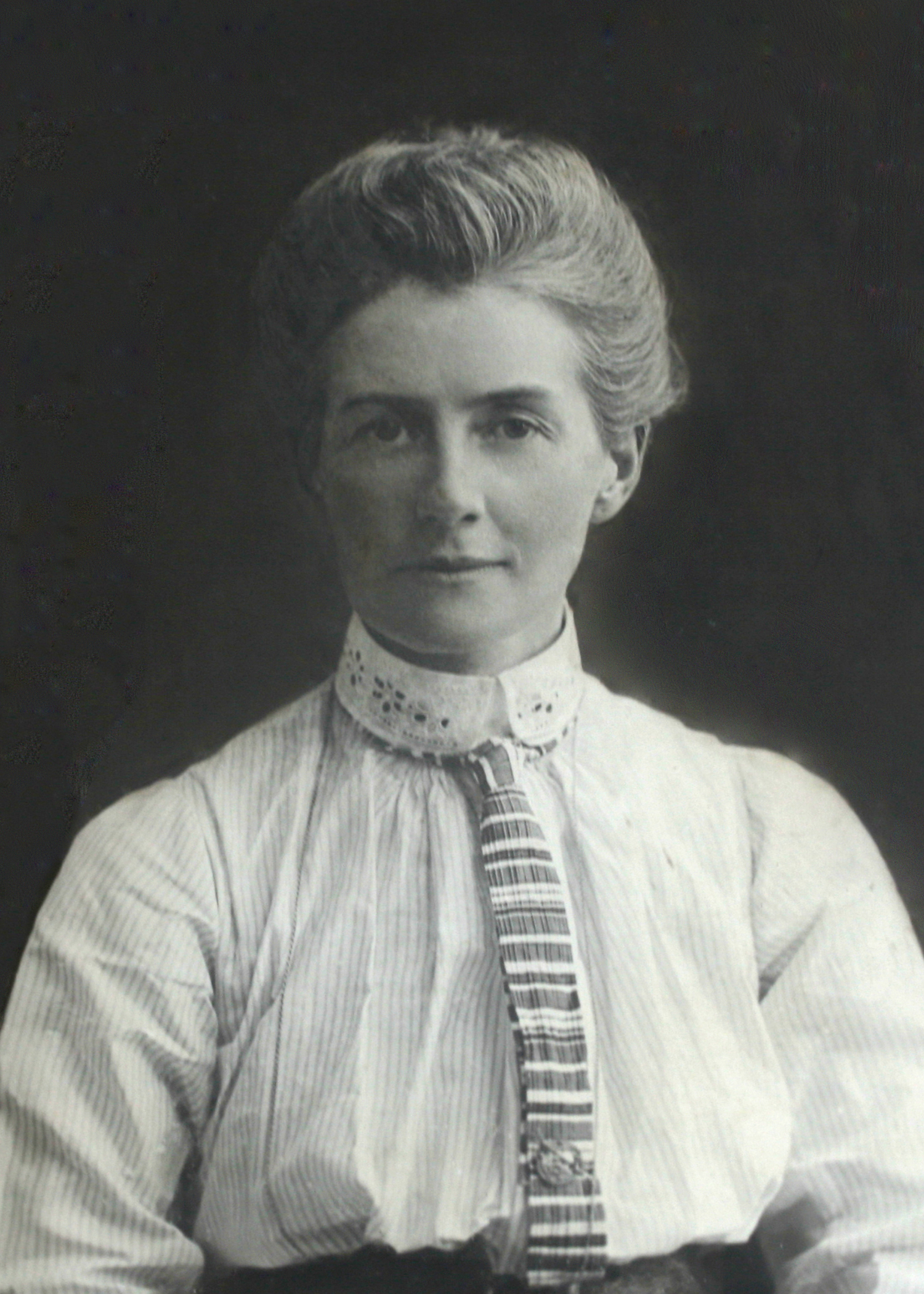 Standing as I do in view of God and eternity, I realise that patriotism is not enough.
I must have no hatred or bitterness towards anyone.
Edith Louisa Cavell, October 11th 1915

Our e-mail address is: enquiry@edithcavell.org.uk